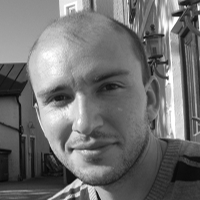 I’ve been thinking for a long time to start a personal blog to share my thoughts about PHP, Symfony2 and all the random stuff I like to read about. To open this blog I’d like to talk about how 2013 has been for me and what I expect from 2014. Using SCRUM terminology, it’s going to be a year retrospective.

Definitely, 2013 has been one of the most intense years of my whole life:

Last January I joined ServerGrove, the awesome PHP hosting company. I had been working the last year and a half as a Symfony2 trainer and freelance developer in some interesting projects, but I was willing to be part of a team and help to build something cool with a longer-term vision.

I am really happy with the decision I made, I’ve met nice and talented people. We even won the 2013 Symfony Awards for Best B2B Website. We’ve been working hard in the latest months in the new version of the Control Panel, and it will be even cooler and much much faster! Stay tuned!

In February I had the honor to visit the US and be one of the speakers at MidwestPHP, which took place in the beautiful Minnesota. It was my first time in the US and also the first time I was giving a talk in English, but according to the ratings, people found my talk quite interesting! Symfony2 is still not widely used in the US but there were lots of Drupal developers eager to learn about the Symfony2 components that will be used in Drupal 8.

May arrived with big news, my wife gave birth to our first son, Eric. 7 months later, we are really happy but I can’t say it has been easy. I must admit that I love sleeping, so the worst part for me it has been sleeping only 3 or 4 hours during the first weeks. Even today, waking up a couple of times every night is normal. Anyway, the most important is Eric is healthy and growing up normally.

I have mixed feelings about deSymfony 2013. For the first time, organizers decided to move from Castellón - where the first three editions took place - to Madrid, and the response was overwhelming. Almost 400 people attended and I was one of speakers, giving a talk about refactoring in PHP and Symfony2 projects. To be honest, I think it was the worst talk I’ve ever given and I was really disappointed with myself. I haven’t even been able to watch the video yet.

Keeping in mind that there were over 175 attendants with different programming skills, I tried to emphasize the importance to refactor your code in a daily basis, more than talking about refactoring patterns. I think it helped to beginners, but it was too simple for advanced programmers.

I spent several months improving LadybugPHP, and finally released the 1.0 version in September. I wanted to make LadybugPHP more extensible and fix some wrong decisions I made in the early versions.

Even though there is still so much work to do, I couldn’t be happier with the end result: 45,285 installs so far! :)

In July I decided to enroll for a MsC in Computing Technologies. When you work in the web industry, most of the time there is no need to use real computer science skills, so after several years, I felt my CS skills were extremely rusty.

During these three months, I have refreshed tons of important CS concepts learnt in the degree that I had forgotten, as well as learning new stuff - always based on solid CS fundamentals- about information theory, data compression, human language technologies, biometry, cryptography and embedded systems.

I consider myself an eternal learner, so obviously the new year’s resolutions have to do with the new stuff I want to learn, or existing one I want to master.

One of my biggest problems is that I like too many things, but having a job, a family and the MsC, it’s almost impossible to get extra time to learn, so one of my goals for 2014 is going to be to focus in 2 fields: ‘web/frontend’ and ‘systems’:

Other goals for the new year: